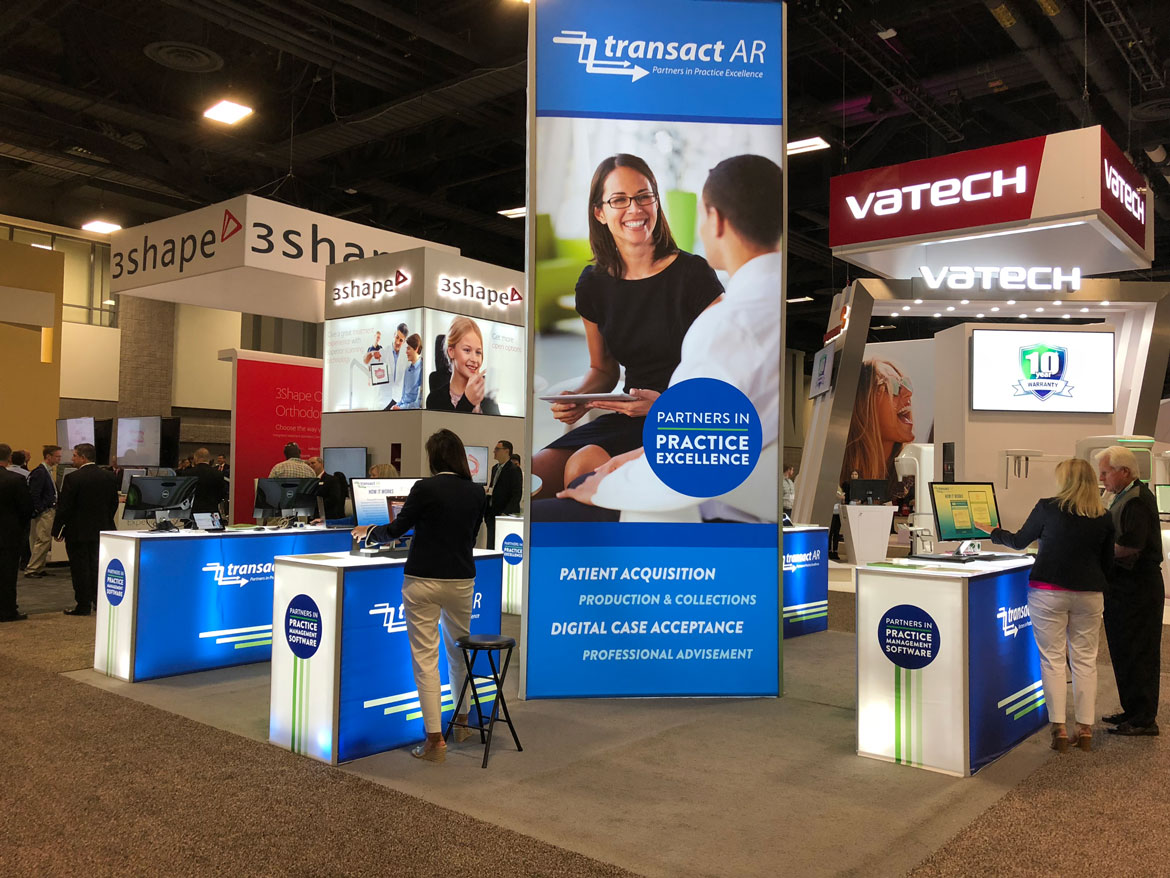 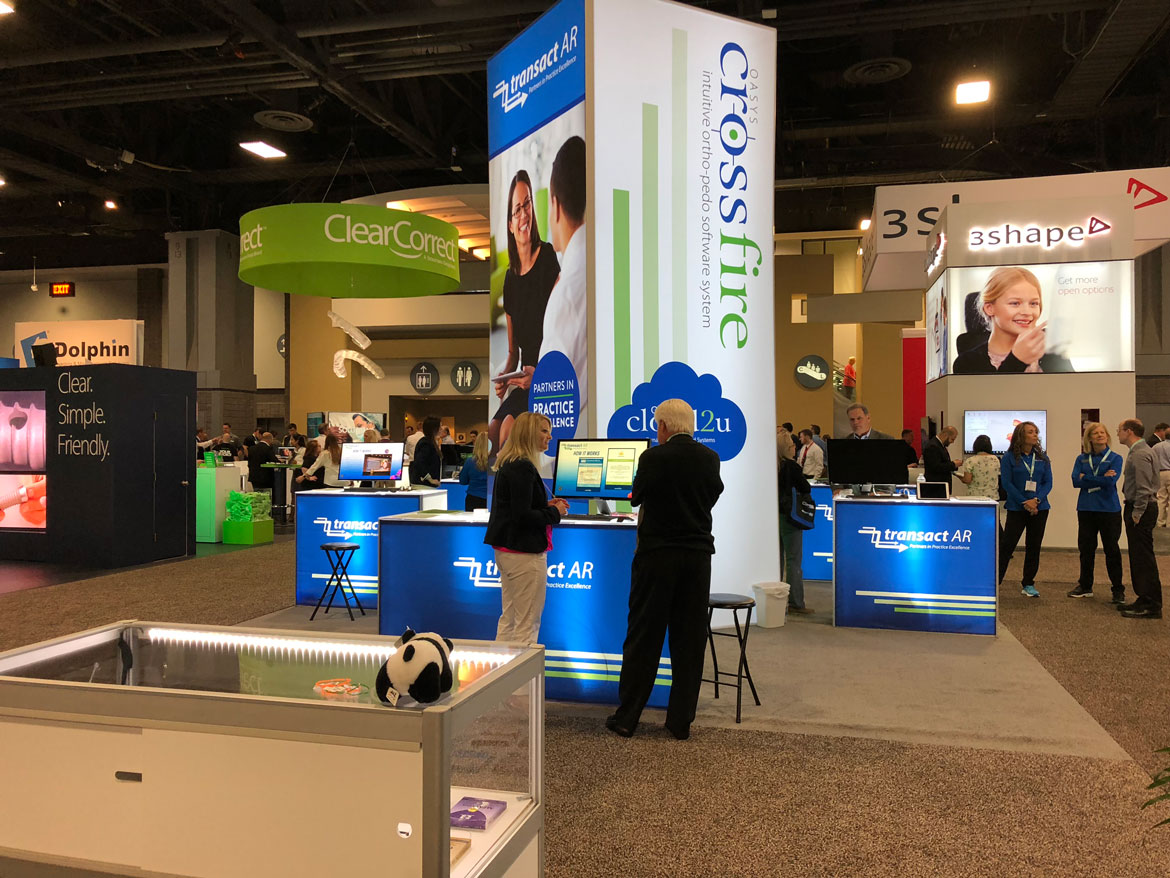 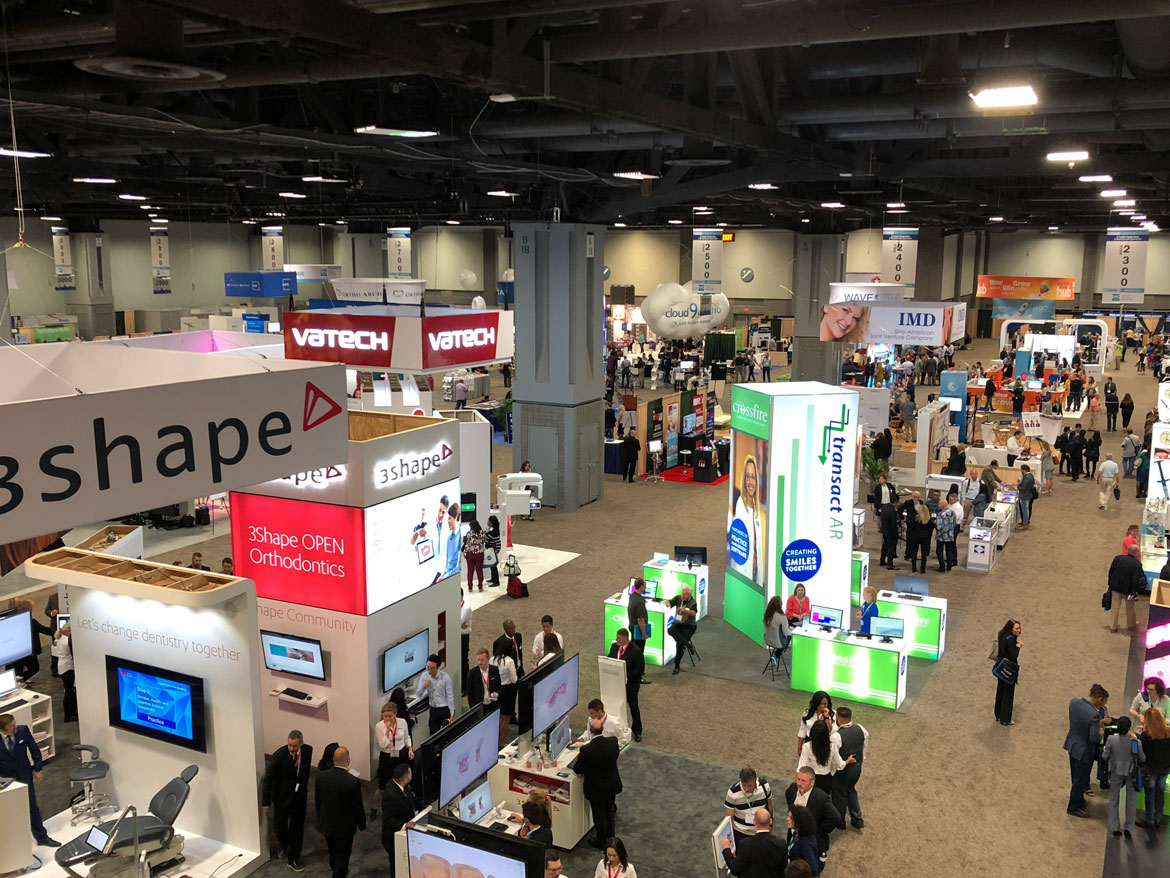 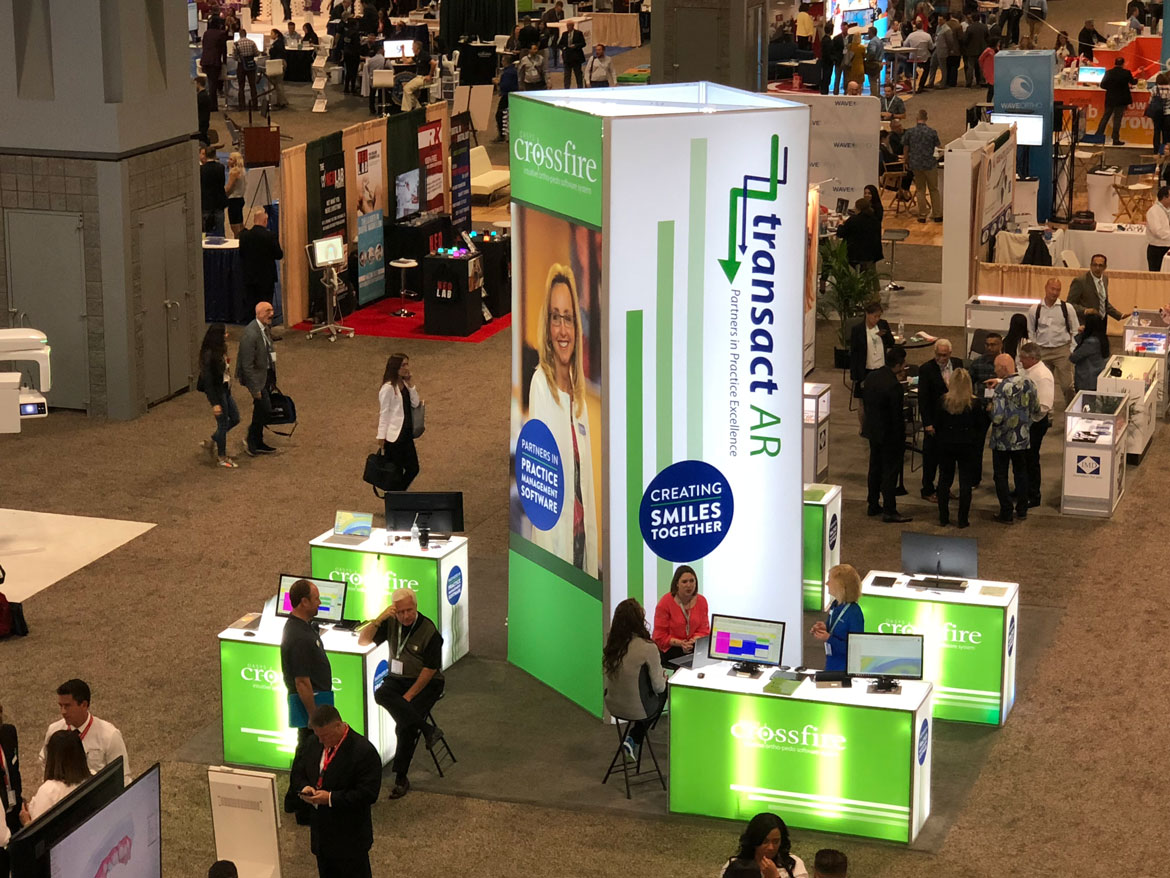 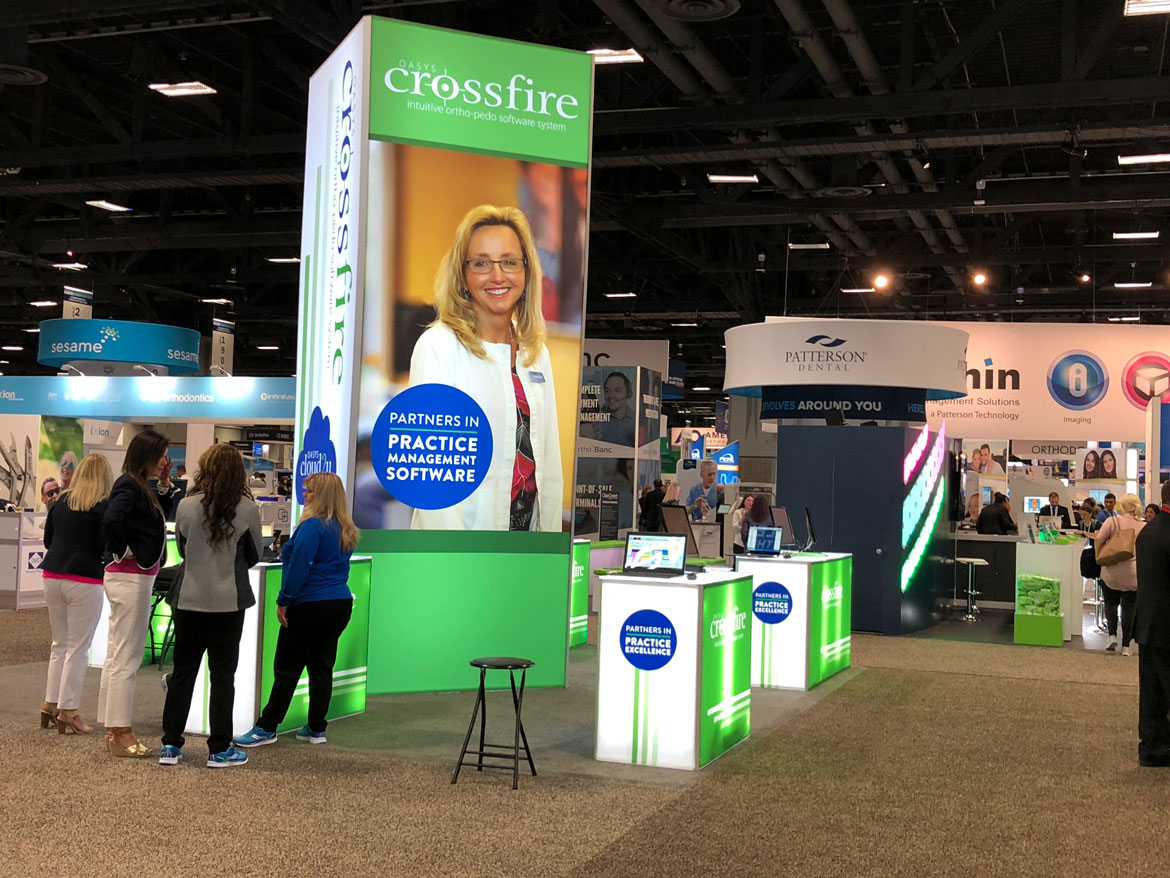 TransactAR and Oasys Crossfire are two companies that have partnered together in the Orthodontic Industry. They decided to rent a tradeshow booth location together at the AAO (American Association of Orthodontics) National Convention. This is the largest conference in the world for orthodontists, attracting thousands of doctors from all over the world. The challenge was combining two separate companies into one tradeshow booth. The goal was to make them look like separate companies, but also nicely complement each other. The solutions revolved around the 16ft tall tower. The tower was placed in the center of the booth, two sides were for TransactAR and two sides were for Crossfire. The tables around the booth were strategically positioned to highlight the proper company based on which company was represented on the tower behind it. Both companies were equally represented and happy with the solutions decided on.

One of Crossfire’s products is a contract planner that treatment coordinators use when they are trying to convince a person to purchase braces or aligners. Orthodontist rely heavily on this contract planner to help easily show the payment plan structure. It was important to create a user interface that clearly showed the pricing in a clean and concise way. A patient portal user interface design was also created. This is a portal patients go to when they need to fill out forms and see other information about their treatment. 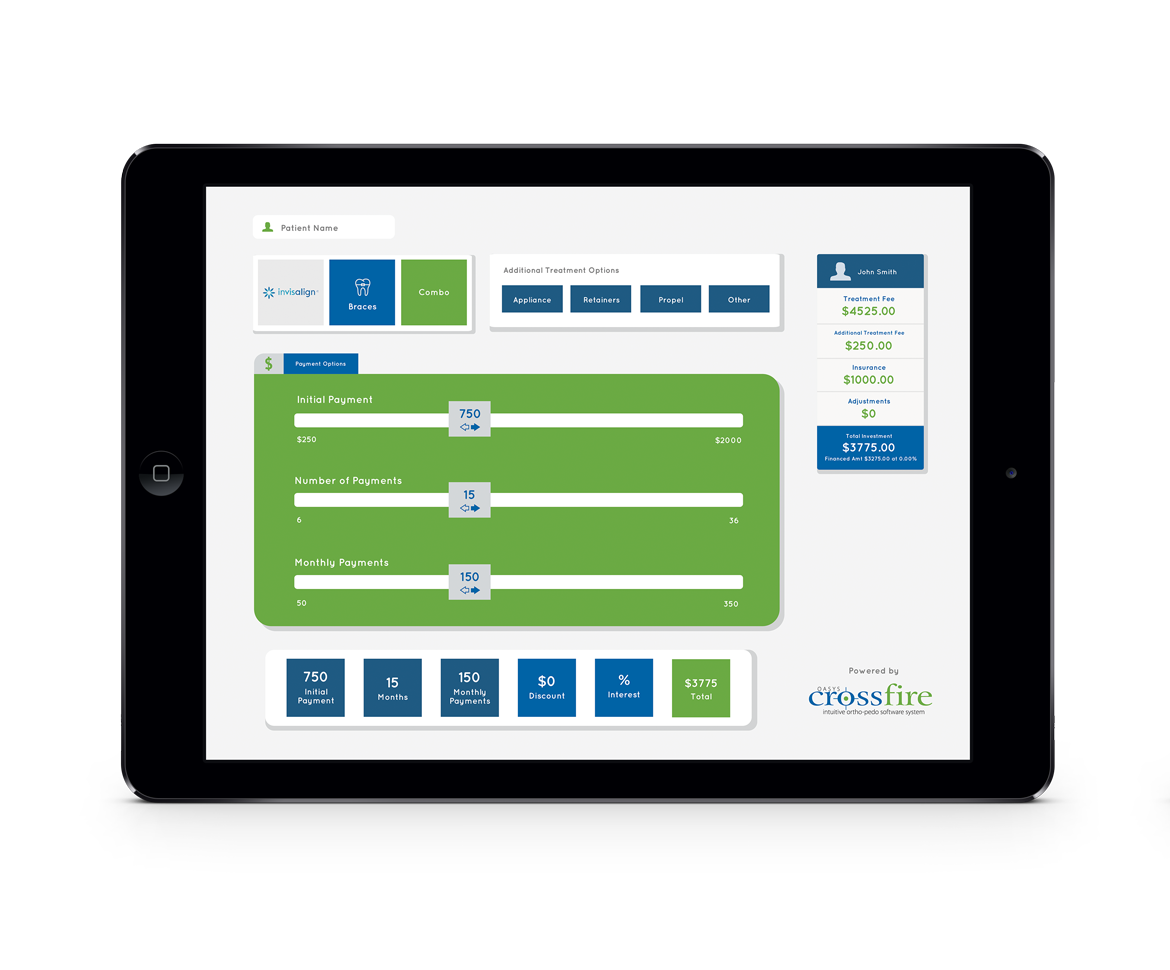 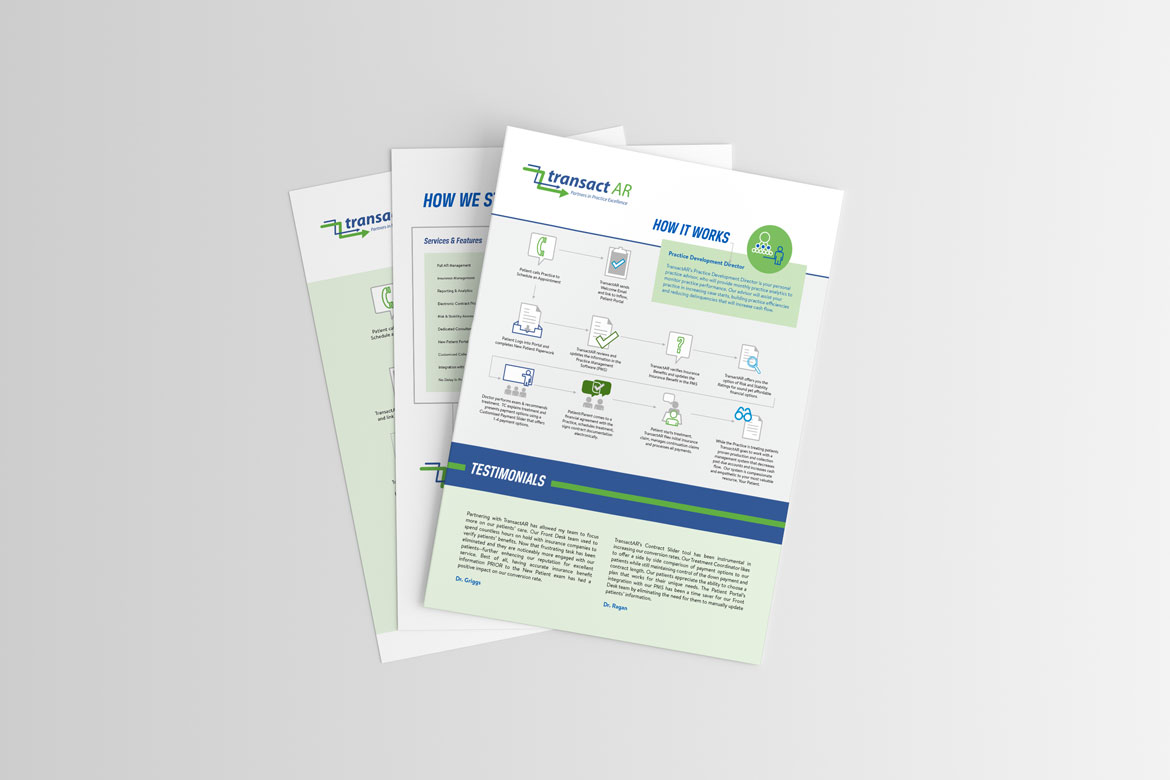 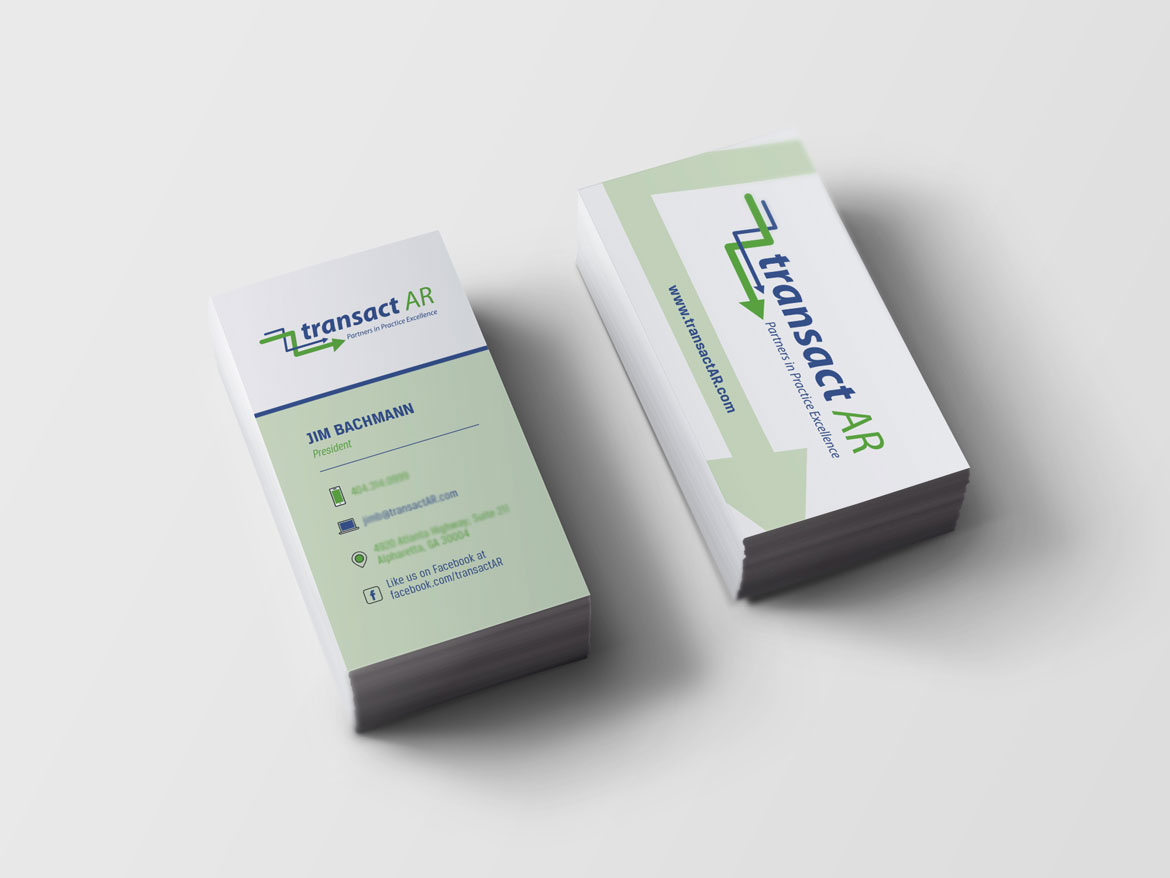 Several flyers have been created for TransactAR. The sales for their business rely heavily on trade shows. It was important to create flyers that were easy to understand and communicate what their business does. Business cards were also created to hand out at these trade shows.

Check out our portfolio page with all our work!